When you merge multiple items, Rollbar will now try to suggest a custom fingerprint rule to combine similar exceptions in the future. 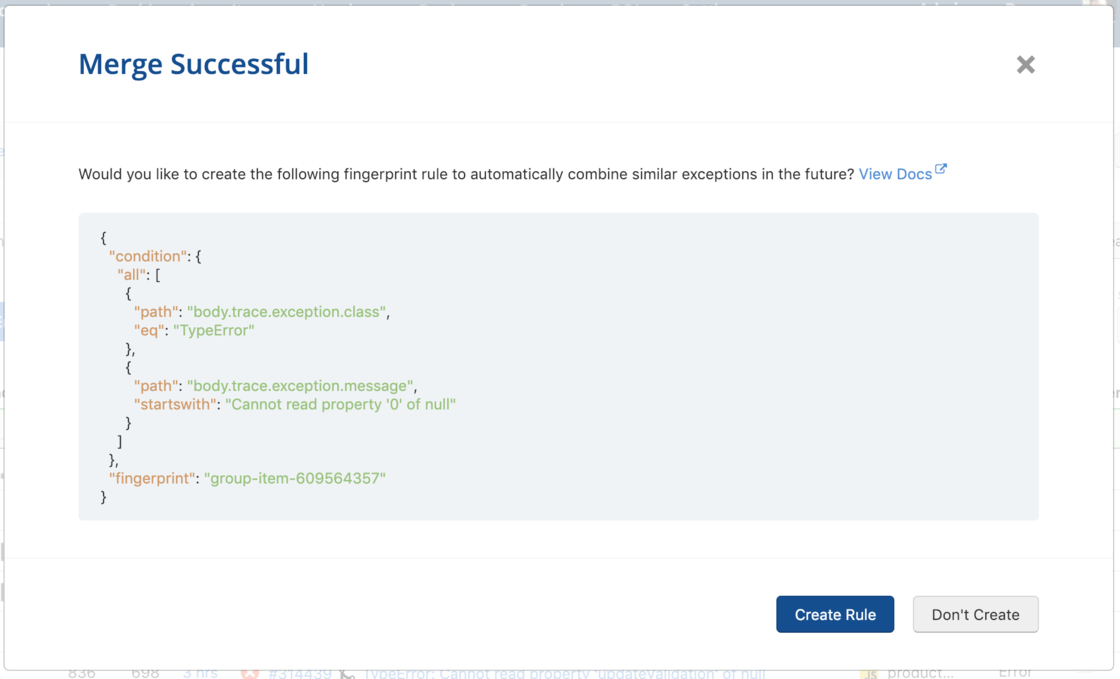 The first release of this feature detects items with the same exception class and similar exception messages and automatically generates the JSON fingerprinting rule for detecting future occurrences.

This is the first of many upcoming improvements that will increase the relevance of your exception data in Rollbar. We're eager to hear from you to learn how well it's working!

Just send us a message via the in-app chat and someone will respond as quickly as possible.